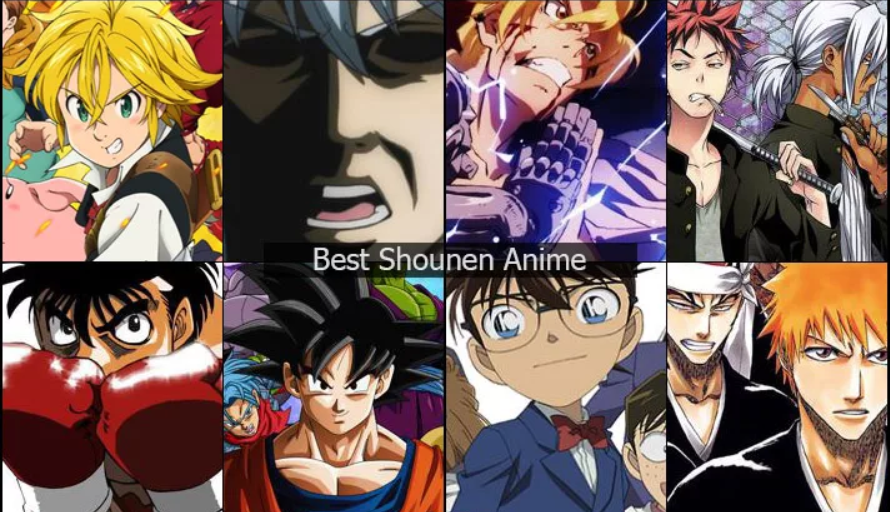 Of course, we can’t start the list without mentioning the most important classics of the genre, so we started with the best shounen anime.

Dragon Ball Z is one of the pioneering anime of the shounen genre. In addition to becoming a beloved classic worldwide, the popularity of the genre has increased considerably.

Goku’s story is explosive and full of action and adventure. And while the franchise started as a fantasy adventure following a young man learning martial arts in search of the Seven Dragon Balls, Dragon Ball Z specializes in an action-packed, sci-fi setting worthy of attention.

Naruto is seen as marginal in his village because he was born with a “demon” inside his body. Tired of being discriminated against, he begins training to become the strongest ninja leader in the village.

Naruto is indeed an anime that abuses filler episodes. Still, if you can ignore them and have fun with their energy and incredible fights, you will find in the main episodes one of the best plots in anime history.

One Piece has to offer us hundreds of action episodes with comical and emotional moments for an excellent balance.

The story follows Monkey D. Luffy, who dreams of becoming the Pirate King. To do this, he decides to search for the greatest treasure in history, the One Piece. However, you need your pirate crew to accomplish this. And so begins an adventure on the high seas with giant monsters, pirates, and dangerous sailors.

Lucy Heartfilia is a 17-year-old witch looking for a wizard guild to join. Of course, she ends up being part of the infamous Fairy Tail, known for causing mayhem.

Fairy Tail is an anime full of fantasy, adventure, comedy, and, of course, magic. You’ll never be bored with the exploding action on screen and the well-built plot. Live an adventure with a dragon slayer, a flying cat, and a set of different magicians and you will see how the hours pass!

Do you know all the anime we mentioned above? Looking for something newer, something new in the genre but with similar elements and lots of action? We present the new promises of the genre to you, those series that began to be broadcast more recently and that have all the features to redefine the genre and elevate it further.

Midoriya Izuku has always dreamed of being a hero since he was a child. But no matter how hard you try, you simply can’t develop any superpowers. This is until the day Izuku inherits the powers of his idol, the hero All Might.

Boku No Hero Academia presents an emotional and encouraging storyline, following the protagonist’s transformation from a normal boy to a great hero. Plus, frantic action and fun moments will catch you in the anime episodes.

Aladdin leaves the magical palace where he lives to see the real world. With only his magic flute and his genius Ugo, the boy will find all kinds of adventures while trying to face the famous mazes known as Dungeons.

Magi: The Labyrinth of Magic is, from start to finish, an adventure full of action and magic. You will enter a magical world ready to entertain you with several hours of great emotion without stopping watching the anime until you reach the end.

Known as the kingdom’s greatest criminals, the Seven Deadly Sins are hidden after being fooled by the Holy Knights.

Nanatsu no Taizai will tell the story of the kingdom’s most infamous criminal gang and how they will liberate their land and cleanse their names from the corrupt Holy Knights. All this served with fantastic fights, exaggerated magic, characters with unrealistic strength, and very funny moments.