The most powerful Dragon Ball characters! 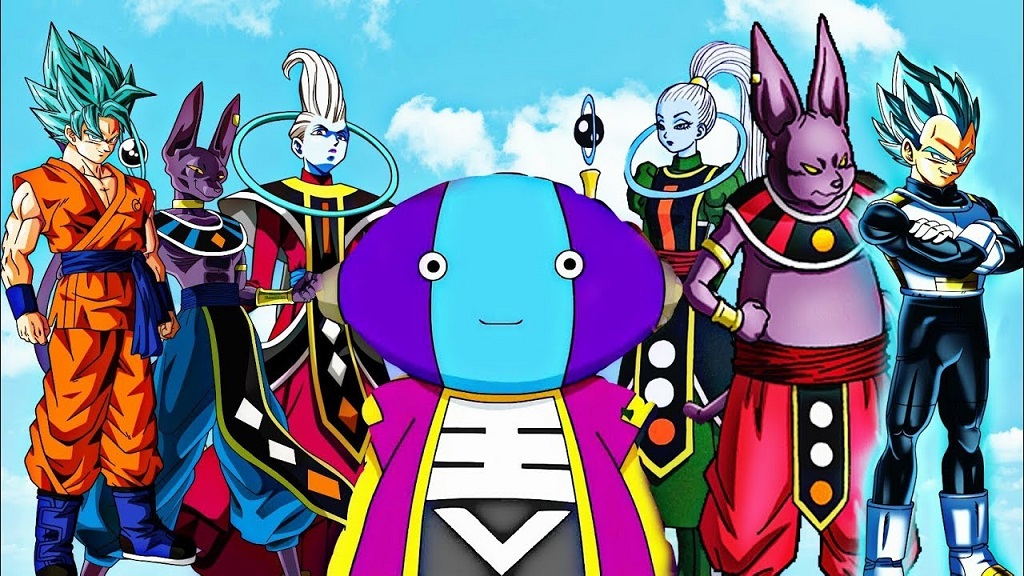 Right at the beginning of our list, we decided to choose the character resulting from the fusion between Goku Black and Zamasu, when the two wore the Potara earrings.

This character is extremely strong and easily enters the 10 most powerful Dragon Ball characters. Zamasu is an evil Kaiohshin and Goku Black is an alternate Zamasu timeline who used the Dragon Super Spheres to switch bodies with Goku.

Zamasu (Fusion) is a super-strong opponent for any character in the Dragon Ball franchise, using Kaioshin and Saiyan techniques!

It is impossible to speak of the most powerful characters in Dragon Ball without mentioning the Prince of Saiyans, Vegeta. The iconic character is a true source of strength!

Motivated by the goal of becoming the most powerful Saiyan of all time, Vegeta constantly increases his power level. Thanks to a large amount of training and well above average willpower, he has achieved the most powerful Super Saiyan transformations.

Since Vegeta is truly unpredictable and his power level is constantly increasing, he may become even stronger in the future.

Jiren is the most powerful character in the eleventh universe, a member of the Pride Troop, even considered more powerful than some Gods of Destruction.

There are even some doubts as to whether Goku himself, the protagonist of the anime, will be able to defeat Jiren as he was unable to do so during the Tournament of Power. More powerful than some Gods of Destruction and stronger than most Saiyans, Jiren certainly deserves to be on this list.

In the future, we will see more of Jiren, and then we will be more sure about his real power level and if he has what it takes to defeat Goku.

After much talking about Goku, it’s Saiyan’s turn on our list of the most powerful Dragon Ball characters. In addition to being the protagonist of the anime, Goku is the most powerful Saiyan in the universe, since he has defeated countless villains.

Goku is one of the few characters that can use the Ultra Instinct technique. In addition to his giant potential, Goku loves to fight and reach other levels of power, which ultimately made him one of the most powerful characters in Dragon Ball.

Also, Gogeta can transform into Blue Super Saiyan, Super Saiyan’s most powerful transformation. Despite being similar to the fusion of the Potara earrings, when Vegeta and Goku use Metamoru Dance, they can remain fused for much longer.

When Gogeta enters the scene, it is rare for the opponent to resist the power of this incredible warrior long.

Long before Zamasu and Goku Black used the Potara earrings to merge, Goku and Vegeta did the same by becoming the fantastic warrior, Vegetto.

Vegetto unites Goku and Vegeta’s characteristics in a single character and is equally capable of achieving the most powerful Super Saiyan transformations. This shape is so powerful that the two characters can only be fused for a few minutes.

Two very important characteristics of this character are his physical strength and incredible speed!

Beerus, also known as Beerus the Destroyer, is the God of Destruction of Universe 7, a compelling character capable of destroying planets with just the tip of his finger.

During the movie Dragon Ball Z: The Battle of the Gods, Beerus had no trouble dealing with Goku, even when he became the Super Saiyan God. This is very demonstrative of the level of power of the God of Destruction.

This is another character surrounded by mystery, as no one knows what his actual power level is, we’ll see if he will reveal himself in the future!

Whis is the one who trains the Gods of Destruction of Universe 7, teaching them all the combat techniques they need to fulfill their role. Whis even trained Goku and Vegeta, even though the two Saiyans attacked him, he only needed one hand to protect himself from several simultaneous attacks. This character is really powerful, being at a much higher level than the other Dragon Ball characters.

The High Priest is a character surrounded by a lot of mystery, in addition to helping the powerful Zen’oh, very little is known about him.

However, there is a common knowledge given through the anime that the High Priest is extremely strong, with his level of power only behind Zen’oh. However, it is rumored that this character is the most powerful in the franchise.

If the rumors are real, we don’t know, but we are sure that the High Priest deserves to be on this list.

Zen’oh is the king of the twelve universes, a super-powerful capable of destroying entire universes with a finger’s flick.

His power is unmatched in any Dragon Ball universe, and all characters respect him and dare not disrespect his authority. Zen’oh, despite his harmless appearance, is capable of defeating any opponent. No one comes close to his power level.