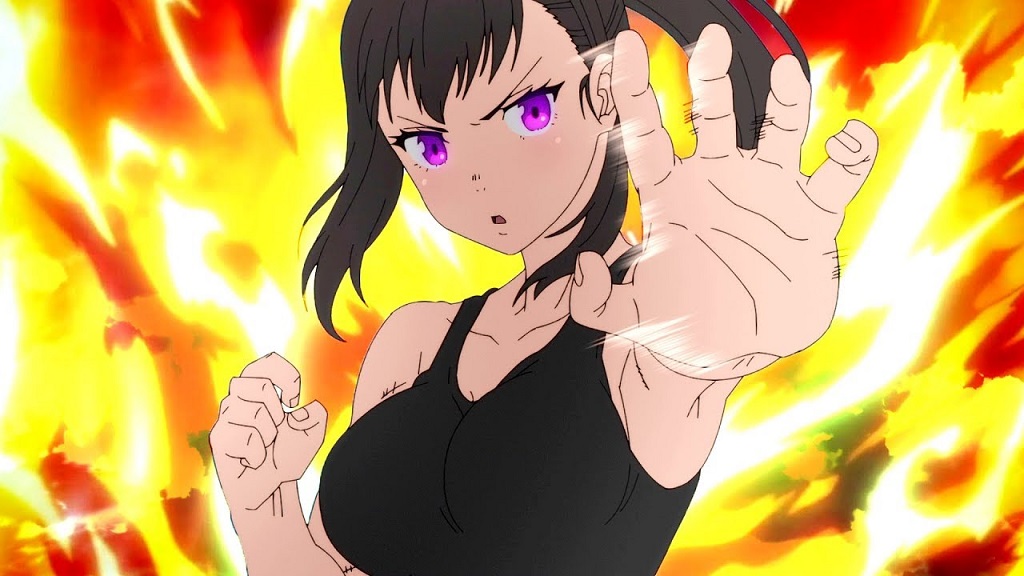 Years ago, magic was abundant and filled the lives of its users until the time it was used for war. To end the chaos, seven of the most powerful magicians gave their lives to seal the magic. Almost a thousand years later, the magic seal Magiaconatus is the host of the Granbelm tournament, a series of battles that will determine which of the tournament participants deserves the title of “Princeps” the last true magician.

The ordinary life of the average 17-year-old otaku named Hajime Nagumo is interrupted when he and his companions are sent to a fantasy world and charged with saving humanity. While his friends are given powers and abilities that can be used on the battlefield, Hajime is humiliated just by gaining a simple transmutation ability that has no offensive power.

A normal day for Taiju Ooki, where he decides to confess his feelings to Yuzuriha Ogawa, a blinding ray of light attacks the earth and turns all humans to stone.

Millennia later, Taiju wakes up to find that the modern world no longer exists, since nature has reclaimed its place now that humans are gone. Amongst all the statues, she meets her science fanatic friend Senkuu, who seems to have woken up a time before her. Taiju’s strength and Senkuu’s brain combined could be the key that humanity needs to get out of its state.

Hibiki Sakura is a glutton that her friend, Ayaka Uehara, cares about when she starts to gain weight. Hibiki tries to start training alone in the newly opened gym, Silverman Gym, and during her tour, she meets the president of the student club, Akemi Souryuuin. When Hibiki discovers that the gym is not what it seems, as it is full of renowned bodybuilders and athletes. Her best friend is a muscle fetishist, the protagonist of our story begins to wonder what trouble she got herself into.

Akira Oono is a hard-working adult who is in charge of managing the MMORPG Infinity Game. After a successful fifteen years, Oono decides to shut down the game’s servers to give it a decent ending. However, when the clock reaches midnight, it is found within the game, in the body of Hakuto Kunai, the demon lord of Infinity Game.

Nakanohito Genome follows the story of Iride Akatsuki, a skilled gamer who has just unlocked a new level in the game of the same name. When you realize it, the new content is a game in real life, where you have to work against other expert gamers in other types of games, such as puzzles, farming, fighting, etc. To return to your normal lives by overcoming the challenge, finish the video game.

At Tanenashi School, a freshman is forced to join a club to earn school credit. When he meets the “magic” club, he discovers a classmate a year older than him practicing magic tricks. Unfortunately, the girl has stage fright, and the young man ends up getting involved in the life of his eccentric partner to help her improve her magic tricks.

It is the year and space flight is affordable for the general public. Aries Spring prepares to board the ship with his companions when Kanata Hoshijima returns a bag that had previously been stolen from her. They strike up a friendship, and upon arriving at the designated space camp, the journey turns scary when a black sphere absorbs them and transports them to the depths of space.

Given follows the story of Uenoyama and Mafuyu. Mafuyu is shy and quiet, a little clumsy, while Uenoyama is outgoing and sympathetic to his peers. As complete opposites, they meet fatefully one day, where Uenoyama sees Mafuyu closely watching a broken guitar. Seeing an excellent guitar in such a bad state, Uenoyama offers to repair it, and in gratitude, Mafuyu seems not to want to part with him. Young Mafuyu seems to be in love with the guitarist, and finally, they end up sharing their passion for music when Uenoyama hears Mafuyu sing and is completely moved

The story follows a group of girls who seek to explore their identity at a time as murky as adolescence, but primarily, they want to understand what the true attraction of sex is and why it seems to draw so much attention to boys.

Fifteen years ago, a mysterious door appeared in the Pacific Ocean connecting Earth to a strange world filled with fairies and monsters. Once the population expanded, crime increased alarmingly, and to combat it, the government decided to establish a special department in the San-Teresa city police.

Detective Sonia Summers comes across three humanoid youkai, Bem, Bela, and Belo, who seek to protect humans and fight youkai who wish to harm them. Because they look human, they are excluded from the youkai world, and to humans, they are nothing but monsters. Despite this, these three individuals live among humans in secret, wanting to transform into humans.