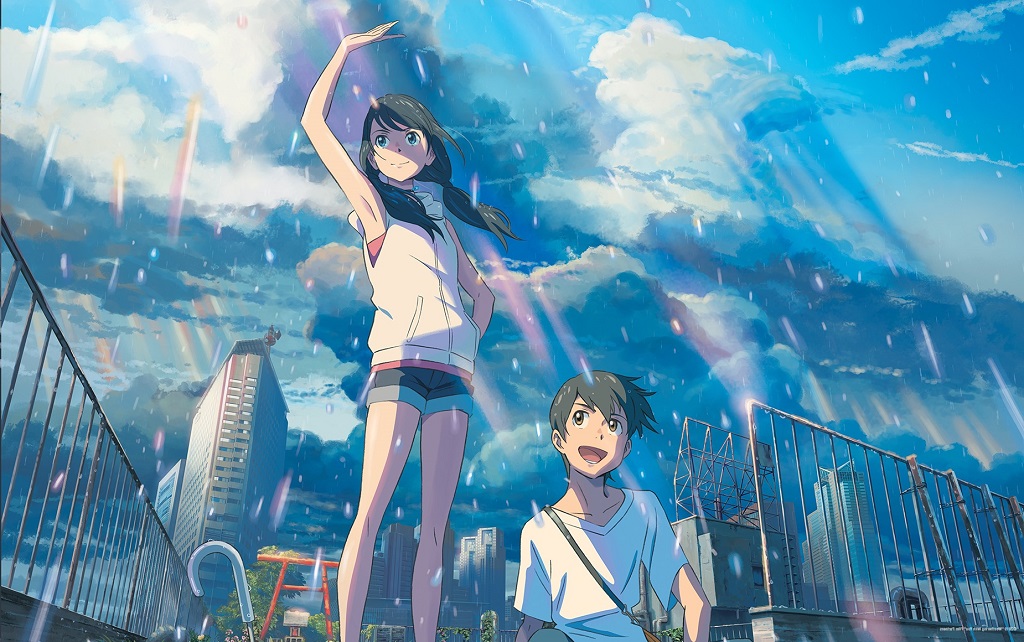 Summer vacations are over, so having one or two activities planned will avoid hours of boredom, even if we are talking about a list of series or movies. Continuing our previous review of anime series of the romantic genre, this time we will present something more suitable for moviegoers, who will not be bothered by a scene or two of confessions wrapped in drama.

You will already know that in the Japanese animation industry saying ” romance ” does not always imply that something is 100% pink, on some occasions, we will find elements intermingled with genres of fantasy, adventure, mystery, even suspense, or the classics’ Shounen ‘and’ Shoujo ‘; but they can be sure that the sweetness will be present at some point in the production. Next, we present our top – with productions already released and others about to hit the big screen -:

If we talk about contemporary classics, and more when it comes to Studio Ghibli, the romance comes in doses that recall times of yesteryear, but with the characteristic magical elements that fill the environment with spells and potions not always with love, but that will surely lead to finding it on the way.

‘Howl’s Moving Castle ‘ tells us precisely the journey of a young wizard, who escaping from his destiny (and the spell of an enraged lover), finds his way thanks to Sophie, a girl who has become an old woman. Throughout the journey, our protagonists will find in their company what they individually lacked. Something strong enough to break the devastating effects of the most terrible curse. Certainly a Ghibli- worthy title.

Fun fact: It is interesting that this story is not original from the animation studio, rather it is an adaptation of the literary work of the writer Diana Wynne Jones, who completed the magical saga with the sequels: ‘ Castle in the Air ‘ and ‘ House of Many Ways ‘.

‘ Kimi no Na Wa ‘ is on the lists of best-animated film productions in recent years. It even ranks as the 12th foreign animated film that has collected the highest international earnings; Additionally, it received several awards not only in Japan but globally for the ” best animation ” of 2016.

The story introduces us to two young people: a girl who lives in a rural place and a young man who lives in the city; When one day, for reasons of destiny, they find themselves in the other’s body, both will try to discover who the other is, and while their communications (through notes) become more casual and the initial impression diminishes, a romance as is not known. They hoped it will start to emerge.

‘ Your Name ‘ shows that in love there are no distances or times that cannot be traveled, even against all logic.

Romance not only arises in normal circumstances but also in the wildest fantasies it can start something magical.

This story, inspired by Yuki Midorikawa’s manga, takes us into the life of Hotaru Takegawa, a little girl who spends most of her childhood in her grandfather’s house; However, the young woman’s fate changes when she gets lost in a forest. Where she meets a ‘ Youkai ‘ spirit named Gin.

Since then, each summer Hotaru visits Gin in the woods, and with each interaction. As well as the years, the two forge a friendship that eventually turns into love.

Fun Fact: ‘ Hotarubi no Mori e ‘ was awarded the ‘ Best Picture ‘ award during the ‘ 66th Mainichi Awards ‘ in Japan.

‘ Ride Your Wave ‘ narrates the encounter between a young woman named Hinako, who loves to surf, and a firefighter named Minato. Both young people live adventures together and end up falling in love; However, Minato dies during a tragic fire, and in his desolation. Hinako discovers that she can bring him back if she sings a song about their memories together. But she will only be able to see her reflection on any water surface.

Everything seems to indicate that ‘ Tenki no Ko: Weathering With You ‘ is one of the blockbuster movies that brings to the international scene, not only for its impeccable animation and composition. But for the charming story that introduces us on a magical journey of two young people with enigmatic skills.

So if you like romance with a “ climatic ” twist, accompanied by some incredible graphics.