The 10 best manga and anime games for Android 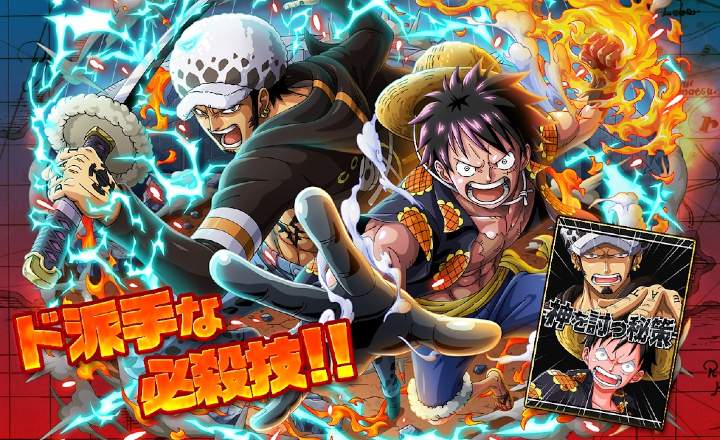 06 Feb The 10 best manga and anime games for Android

Games based on manga or anime series have always been present in the world of video games. In the field of mobile games, this presence is much more noticeable if possible since in addition to official releases we also have thousands of clones, fan-games, and all kinds of games without a license that take advantage of the pull of franchises such as Dragon Ball or Naruto.

The downside of these unofficial titles is that apart from having questionable quality in most cases, they don’t last long on the Play Store either due to obvious copyright infringements. We have also left games like Attack on Titan Tactics off the list since it is not available in all regions today, and Naruto Ultimate Ninja Blazing, which despite being a great game, will close its servers in February of this year.

The 10 best Android games based on hit manga and anime

Anyway, “wide is Castilla” as they say, and the number of official Android games based on renowned anime and manga is much more extensive than many might imagine. Here we review some of the most recommended.

Dragon Ball Legends was released just after the end of Dragon Ball Super, so it has a lot of recent content and designs. We are facing an action card game, although it also includes 3D combat in real-time never before seen in a Dragon Ball video game for mobile.

Another of the great attractions of the game is that it incorporates a character -Shallot- designed by Akira Toriyama himself, which gives the game a lot of cachets. Otherwise, a title with an excellent rating of 4.5 stars and more than 10 million downloads on Google Play. Do not let it escape

One Piece Treasure Cruise is a turn-based RPG with 2D battles that reviews the entire history of One Piece from the very beginning of the manga. Battle and recruit your favorite characters from the series, with over 2,000 characters on the roster to collect and build your perfect crew.

Of course, it also has other typical RPG elements, such as skill enhancement and resource farming, as well as community events. The only downside is that it is not yet translated into Spanish – it is in English. In any case, a great game for both new One Piece readers and longtime fans.

The truth is that for a mobile game the graphics of Ninja Voltage are wonderful. On this occasion, we find a game of action and strategy, where we must collect the resources of our town to build a fortification and defend it from enemy attacks, or go on the attack invading the opponent’s land.

The title has a multitude of missions, with characters from both the end of Naruto and the new Boruto series. It includes an online multiplayer mode for 4 players and a not too high difficulty curve, making it a fairly accessible game for all audiences. Now that Ultimate Ninja Blazing is closing its doors, this is the game to watch for Naruto fans. Keep reading how to evolve snom.

We now turn to the sports genre with one of the most mythical anime of the 90s, Oliver and Benji (or Super Champions ). Now that Captain Tsubasa’s new console game is reaching some notoriety, it is important to remember that we also have very good titles from the franchise on Android, like this Dream Team.

An online multiplayer game where the classic special techniques such as Oliver’s shot with effect or Mark Lenders’ tiger shot are not lacking. Another recommended soccer game is Captain Tsubasa ZERO, where matches are played with super-deformed versions of the soccer players.

Many of our souls have fallen to our feet with the terrible animation of the 4th season of Nanatsu No Taizai. If you want to regain the hype for this great medieval shonen about angels and demons, Grand Cross is the game that you cannot miss in your Android app drawer.

As for the game itself, we are facing the classic turn-based action RPG, with several game modes, including “Mortal Confrontation”, an online cooperative for two players where we must defeat a giant demon with the help of a friend. A game with a lot of content and good graphics that decorate this interesting game for Android based on the manga by Nakaba Suzuki.

Bleach could not be missing from a list of Android manga and anime games, and this Brave Soul is one of its best exponents. A 3D action game with big-headed characters and the most addictive gameplay.

Although the Bleach manga ended long ago, video games have continued to be released, and Brave Souls is one of the greatest tributes that the series could have. It includes the first arcs of the manga, but there is also material taken from the movies, novels, and original content of the anime.

And speaking of sports games with big-headed characters, here we have the Android game of another classic from the 90s manga, Slam Dunk. This time we change the goal and football boots for the basketball court, with a game that will please fans of arcade basketball games, where fun prevails over realism outright.

If you like card games and anime then surely you will also know Yu-Gi-Oh !. This Duel Links was released in 2016, although today it continues to receive frequent updates – the last one just a month ago. Basically, we are facing an online card game for Android, with simple controls and guides to learn how to use the cards.

It also has an automatic mode to create your deck, automatic duels, PvP ranked duels, and offline mode for offline battles. Includes the voices of the original cast of the series.

Dark War is an action RPG anime with hack’n’slash mechanics. Developed by GameSamba with permission from Studio Pierrot, it collects the original story of Tokyo Ghoul, with the characteristic characters of the series (there are more than 50 to collect).

The characters have an improved system that we can optimize in different directions, as well as a campaign mode and a multiplayer mode with PvP and MOBA events.

Action role-playing game, whereas in the anime we must reach the 100th floor of Aincrad with our assault team to get out of the virtual world in which we are trapped. As in the rest of the games developed by Bandai, the graphics are close to a very high level, and the action-oriented gameplay with a fairly polished skill tree and improvements, achieve a most satisfying gaming experience.

At a general level, we are facing a great adaptation for mobile phones, although this Integral Factor also has its negative details, such as a camera that sometimes does a little what it wants. If you like SAO, don’t forget to check out Memory Defrag , another great game based on Sword Art Online: a hack and slash RPG with story mode and online PvP (beware, it’s not available in all regions).

Thanks for staying until the end! Surely I left many good games in the pipeline, so if you have any extra recommendations do not forget to stop by the comments area.