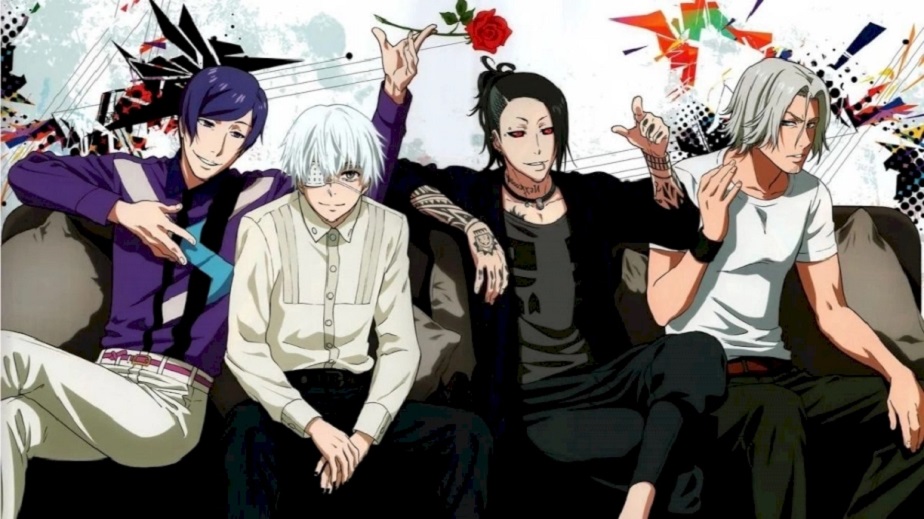 Posted at 16:19h in Blogging by Joel Miller 0 Comments
0 Likes
Spread the love

Tokyo Ghoul is a media franchise based on a manga series of the same name, written and illustrated by Sui Ishida. It was later adapted for an anime produced by the famous Studio Pierrot.

The plot centers on a series of strange murders that take place in Tokyo. Based on the evidence, the police conclude that the deaths are the result of demon attacks.

Classmates Kaneki and Hide develop a theory that ghouls mimic the appearance of humans, which is why they have never seen one.

In this article, you will find the main themes of the Tokyo Ghoul seasons, as well as information about the most important characters!

Tokyo has become a cruel city, a place where cruel creatures called “demons” coexist alongside humans. The citizens of this great metropolis live in constant fear of these thirsty savages with a huge appetite for human flesh.

However, the greatest danger with ghouls is their ability to disguise themselves as humans and easily blend in with society.

Based on Sui Ishida’s best-selling supernatural horror manga, Tokyo Ghoul follows the character Ken Kaneki, a shy and studious college student who is instantly drawn to Rize Kamishiro, an avid reader, just like him.

However, Rize is not exactly who she appears to be, and this unfortunate encounter thrusts Kaneki deep into the inhuman world of the ghouls.

Surprisingly, Kaneki ends up being saved by the enigmatic waitress Touka Kirishima and thus begins his new secret life as a ghoul/half-human, and now he has to find a way to fit in with both societies.

In the controversial season two, the ghouls haven’t lost their taste for blood. After weeks of torture at the hands of Aogiri Tree, Kaneki turns out to be a completely different ghoul. He is no longer the calm and peaceful young man who has managed to control his appetite for blood.

In fact, Kaneki begins by devouring everyone, including other demons, to regain his full power. He then joins the organization that manipulated him, Aogiri Tree, and this ghoul faction quickly becomes involved in the war between other ghoul groups and against the CCG.

As the war between humans and demons intensifies, one question remains: what makes someone a monster?

Two years have passed since the CCG attack on Anteiku. Although the environment in Tokyo has changed dramatically due to the increasing influence of the CCG, demons continue to pose a major problem for society as they become increasingly careful, especially the terrorist organization Aogiri Tree, which recognizes the growing threat from the CCG.

The creation of a special team, known as the Quinx Squad, can give CCG the strength it needs to eliminate unwanted residents of Tokyo. As humans who have undergone surgery to make use of the ghouls’ special abilities, they participate in operations to eradicate these dangerous creatures.

The leader of this group, Haise Sasaki, is a half-ghoul / half-human who was trained by special class investigator Kishou Arima. However, Haise Sasaki is a more complex person than she seems. She keeps unknown memories that bother her mind.

Kaneki Ken has finally regained his memories, but this once again puts him at a crossroads in the war between his human side and his ghoul side.

After donning a pair of glasses to emulate the look of his mentor Arima, Kaneki’s new assignment is to coordinate Eto’s interrogation about the one-eyed owl after he revealed its ghostly nature in an interview about the publication of his latest book. Where he claims that he will fill the gap between the two sides of the war.

Now trapped in the Cochlea, Eto looks forward to the awakening of the One-Eyed King, but only Kaneki seems to understand what he is really planning.

Ken Kaneki is the main protagonist of Tokyo Ghoul. Initially, he was a simple human studying Japanese Literature at Kamii University and living a normal life. Everything changed after Rize’s kakuhou was transplanted into him and he eventually became a half-human / half-ghoul hybrid.

Touka Kirishima is the main female character, a ghoul and former waitress at Anteiku cafe. She is also the wife of Ken Kaneki and mother of Ichika Kaneki.

Rize Kamishiro was a ghoul and the adopted daughter of Matasaka Kamishiro. Born into the Washuu clan, Rize was the illegitimate daughter of former GCC president Tsuneyoshi Washuu. As a child, she escaped from the V clan and organization.

Shuu Tsukiyama was the infamous gourmet ghoul in wing 20. He belongs to the extremely wealthy and influential Tsukiyama family, his father being Mirumo Tsukiyama.

Yoshimura is a ghoul, manager of the cafe with SSS Anteiku qualification. He tries to help the demons that cannot hunt or kill humans due to the connections they feel for both species.

Hinami Fueguchi is a ghoul whose parents, Asaki and Ryouko Fueguchi, were killed by ghoul investigators. After this event, he began to associate with his pseudo-brothers Ken Kaneki and Touka Kirishima.

Koutarou Amon was a former ghoul investigator. He was the last partner of Kureo Mado and his last partner was Akira Mado. He was pronounced dead by the CCG, although his body was never recovered and he was posthumously promoted to Special Class for his service.

Renji Yomo is Yoshimura’s right arm. He is an old friend of Uta and Itori. Due to her eating habits and her bird-shaped mask, she earned the nickname Raven (Raven).

Hideyoshi Nagachika, also known as Hide, is a normal human and Ken Kaneki’s best friend. At one point, he started working at CCG and soon became a research assistant, helping Koutarou Amon and Akira Mado.

Nishiki Nishio is a ghoul, a second-year student in the Department of Pharmacy at Kamii University, and Kimi Nishino’s boyfriend. He was seriously injured in a fight with Ken Kaneki but eventually became a waiter and ally at Anteiku Cafe.

Uta is a ghoul and an old friend of Renji Yomo and Itori. He owns HySy ArtMask Studio, where he sells masks. In addition, he is also a member of the Clowns. It is known by the name “Faceless” to CCG researchers.

Kureo Mado was a first-class ghoul investigator and Koutarou Amon’s former partner and mentor. He was a fan of quinques (a weapon used by researchers). Among others, he killed the demons Applehead and Ryouko Fueguchi.

You may also like to read, The Five Best Anime Movies for Little Kids