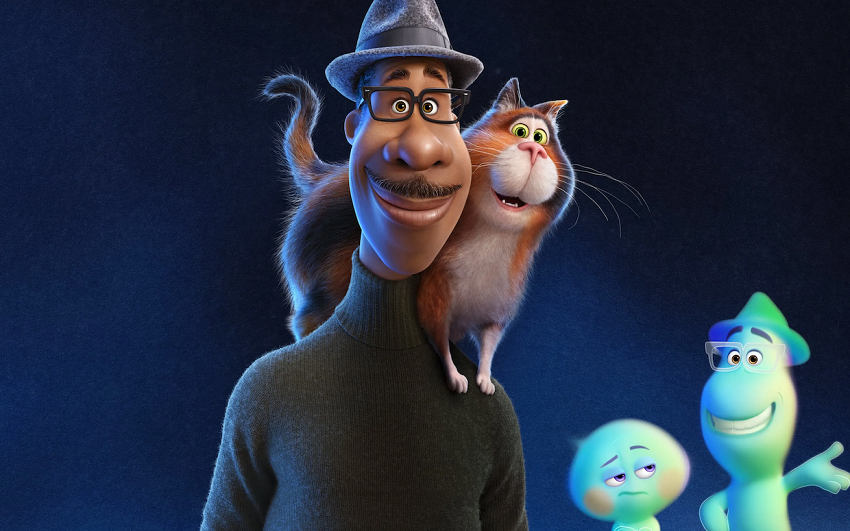 There is no doubt that animation is a constantly evolving and growing art. Animated movies get more and more complex and the visual effects are more and more realistic. And although the contingency continues to affect film premieres worldwide. The truth is that this year we have witnessed the arrival of great animated productions. Therefore, and despite the fact that some films have delayed their theatrical release again for next year. We had enough releases to bring you our list of the 10 best-animated films of 2021.

From anime films to productions made by studios of international stature; from tapes that had a movie premiere to those that made their arrival through streaming platforms. Here we have a sample with the most remarkable things we have seen throughout the year: 10 of the best-animated films of 2021. 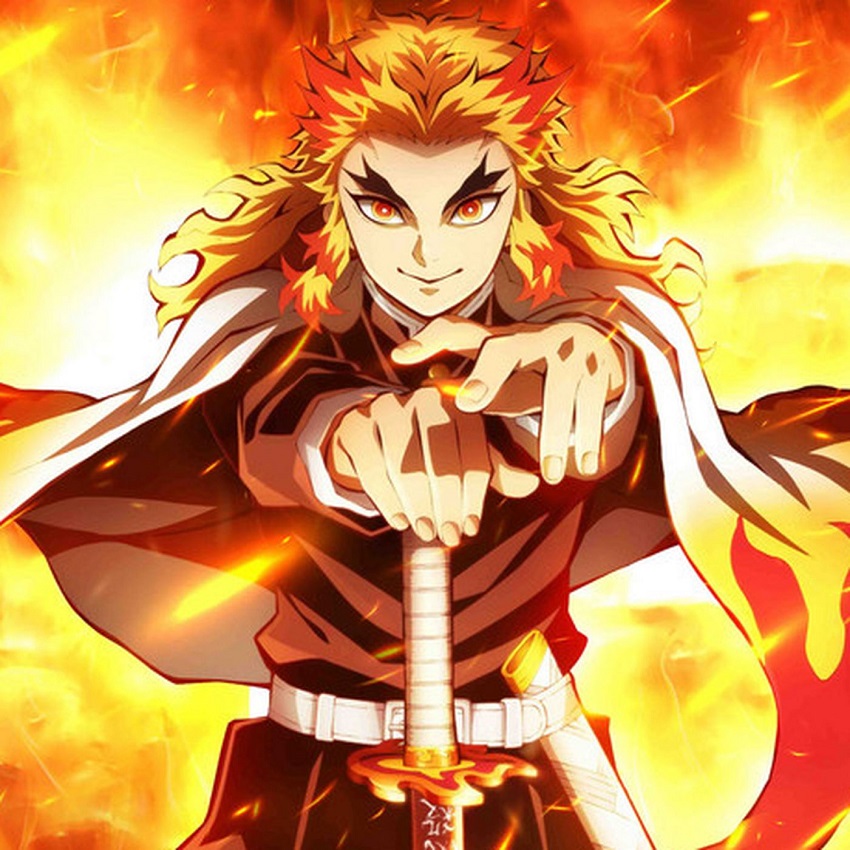 Demon Slayer is an anime based on manga of the same name, created by Koyoharu Gotōge. In addition to Tanjiro, her younger sister manages to survive the massacre, however, Nezuko has turned into a demon. Together they will go on a long journey to not only end the demons that stand in their way but also to find the cure that allows Nezuko to return to normal.

Following the conclusion of its first season, the Demon Slayer story continued into an animated film. On this occasion, Tanjiro and his friends board a train where mysterious disappearances occur along the journey. However, they are unaware that a demon is also on board the train and has set a trap for them. For this reason, and considering that it turned out to be a massive success by becoming the highest-grossing anime film in history, we have decided to give it an honorary place in the list of best animated movies of 2021.

Rebuild of Evangelion is the adaptation that serves as a reboot to the renowned anime series, Neon Genesis Evangelion. This new installment began in 2007 with the first film, which recreated the first portion of the original series. The second part would see the light in 2009 and the third until 2012. It should be noted that it is not a mere recreation of the original anime, since this time 3D animation and special effects have been used to provide a better appearance to certain scenes.

In addition, little by little he began to distance himself from the story in the animated series, introducing new characters and elements that took the plot of the Evangelion films in a new direction. Finally, after suffering various delays, at the beginning of 2021. The fourth and last film of this saga was released in Japan, definitively concluding the story of Evangelion.

The Mitchells vs The Machines 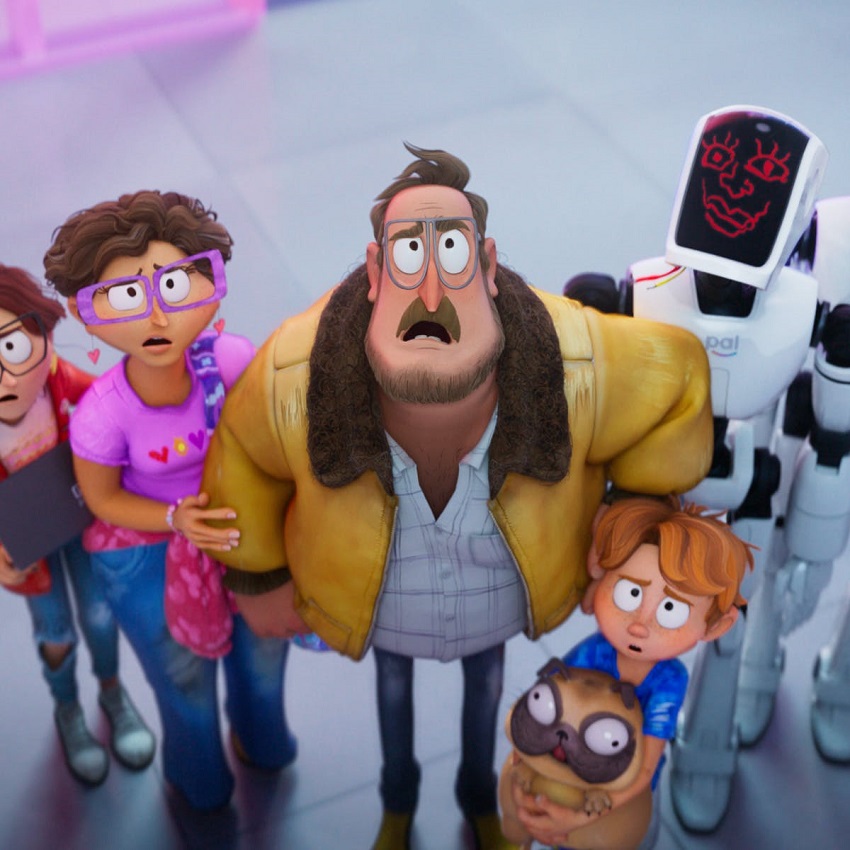 Los Mitchell vs Las Máquinas is an animated production by Sony Pictures Animation, the same studio responsible for the award-winning Into the Spider-Verse film. Determined to have one last trip together, his father proposes to embark on a family journey on the way to Katie’s new school.

Because of this, The Mitchells must band together and cooperate together before it’s too late for the world. It should be noted that this film was originally titled “Connected” and had planned to make its premiere in theaters during 2020. However, Netflix acquired exclusive distribution rights. Exclusively on its streaming platform in April of this year. And the entertaining story, this film is one of the best-animated movies of 2021.

Luca is Pixar’s latest animated film. His story is set on the Italian Riviera, where we meet a teenage sea monster named Luca Paguro. Bored with his life under the sea, Luca meets another young inhabitant of the depths like him, named Alberto Scorfano. But unlike Luca, Alberto has ventured out of the sea many times, establishing a secret lair. Determined to know the world on the surface, Luca discovers that he can take human form when he is on earth.

However, it returns to its original sea creature form when it comes into contact with water. In this way, Luca begins to live a double life in secret from his family, trying to keep up appearances while further exploring human civilization with Alberto. Naturally, the film was praised for its visual appeal, emotional storytelling, and originality. With all this, it is easy to see how it has managed to be considered as one of the best animated movies of 2021.

This 3D animated production is based on the successful children’s series. By Nick Jr and although there were plans to carry it out since 2017.  It would not be until 2019 when it would formally begin production. The animation will be in charge of Mikros Image, a studio that has previously collaborated on films such as The Little Prince, Captain Underpants, and SpongeBob To The Rescue.

Nonetheless, this turned out to be a huge success, raising $ 125 million. As if that were not enough, the film was very well received by both critics and the audience. Acclaimed for its visual appeal, sense of humor, and soundtrack, the possibility of producing a sequel has already been raised.

Raya and the Last Dragon

This is an animated Disney film, which was released in theaters in March 2021. Here we will know the magical land of Kumandra and its inhabitants, among which Raya, a young warrior, stands out. His mission is to restore harmony in the world but for this, he will need the help of Sisu, the last dragon that still exists alive. Only together can they end the darkness that threatens Kumandra before it is too late.

In addition to being inspired by South Asian cultures. Raya and the Last Dragon is distinguished as the first Disney animated film. To be completed outside of the studio. Due to the current situation in the world, all artists had to find a way to continue with their work from home. Nonetheless, this film has been acclaimed for its level of animation, art direction, and story.

This is another of the best-animated movies of 2021 belonging to Disney. Although it was originally owned by Fox before the company and all its productions were acquired by the house of the mouse. This film presents us with a technologically advanced world, where each child has their own robot, capable of talking and playing. However, it seems that a robot does not work quite well. Causing it to behave differently from the others and develop its own ideas.

As in the case of Raya and the Last Dragon, this film was also forced to complete its production remotely. And although its premiere was originally planned for November 2020. After suffering 3 delays it was finally able to make its debut in October of this year. The film has been acclaimed thanks to its artistic direction and plot. Which combines elements of comedy with scenes of emotional weight.

Trollhunters: Rise of the Titans

Filmmaker Guillermo del Toro created Tales of Arcadia an animated series on Netflix in collaboration with Dreamworks. Debuting its first season in 2016, Tales of Arcadia continued to expand into a trilogy. The latter would end the animated series, bringing back characters from previous seasons to fight. That would decide the fate of trolls, wizards, and aliens.

However, it should be clarified that the story continues beyond the series through an animated film. This film is the definitive ending to the Tales of Arcadia saga and is now also available on the streaming platform. Bringing back the characters of the animated series for one last epic confrontation that will decide the future of the world.